Moringa against Chronic diseases and Diabetes

Moringa olifera Lam is a vegetable from the Brassica order. It is a small tree native to the sub-Himalayan region commonly used as a vegetable amongst the local people. Uniquely every part of the plant is edible; leaves, roots, seed, bark, fruit, flowers and the immature pods. Labelled as a superfood lately the Moringa has surged in its popularity and use.  Traditionally used as an Indian medicinal herb is usually found in tropical and subtropical countries, now most commonly found in both India and the Philippines but its cultivation has spread to other countries in Asia, Africa, Central America and the Caribbean islands. 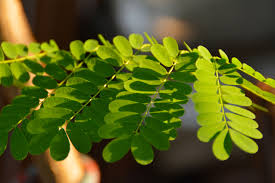 Widely known for good health it has it is referred to as ‘the miracle tree’. For centuries it has been used for its anti-inflammatory, anti-spasmodic, anti-hypertensive, anti-tumour, anti-oxidant, anti-pyretic, anti-ulcer, anti-epileptic, diuretic, cholesterol lowering, renal, anti-diabetic and liver protective actions. Due to these amazing abilities it has been used to treat a variety of ailments, such as skin infections, anaemia, anxiety, asthma, blackheads, blood impurities, bronchitis, catarrh, chest congestion, cholera and many other illnesses.

Moringa is claimed to be ‘the most nutrient-rich plant yet discovered’. The reason for this is because it is densely packed with nutrients. Most greens constitute 90% water and 10% nutrients, in comparison moringa leaves are 80% water and 20% nutrients. This includes many essential nutrients such as, vitamins (B6, C,B2, A) , minerals (iron, magnesium, zinc), proteins and omega 3 and 6 fatty acids. Leaves are most commonly used part of the plant for nutrition and traditional medicine use because they are rich in protein, mineral, beta-carotene and antioxidant compounds.

Naturally the trees are able to withstand environmental stresses, diseases and attack from pests due to a defense mechanism gained from phytochemicals, which includes antioxidants and other defence compounds. This benefit is gained when consumed by people. The tree stores these phytochemical compounds in an inactive form. When chewed or crushed by an insect the compound is activated through enzymatic action and released, thus deterring the insect with a bitter or spicy taste.

In the human body these same compounds act a potent anti-inflammatory, useful for combating conditions like cancer, diabetes or arthritis which are associated with chronic inflammation. In addition to vitamin C and beta-carotene it also contains powerful antioxidants like, Quercetin and Chlorogenic acid. A state of constant inflammation contributes to improper functioning and processing by the body therefore reducing the body’s ability to recover and heal.

In one study participants with type 2 diabetes were given 8gms of moringa daily for two months found that their glucose levels decreased by 28%.

Moringa can be extremely useful to improve nutritional health. In particular if there are underlying conditions with chronic inflammation. There is proven evidence on its role in benefiting diabetes, lowering cholesterol and as a water purifier.