Electroacupuncture (EA) may be the answer to improving regulation of blood sugar levels in overweight and obese women. New research published in the FASEB Journal reported that scientists found that a single bout of (EA) activated the sympathetic and partly the parasympatheric nervous system which increased whole-body glucose uptake, an important consideration in the treatment of insulin resistance or prediabetes. 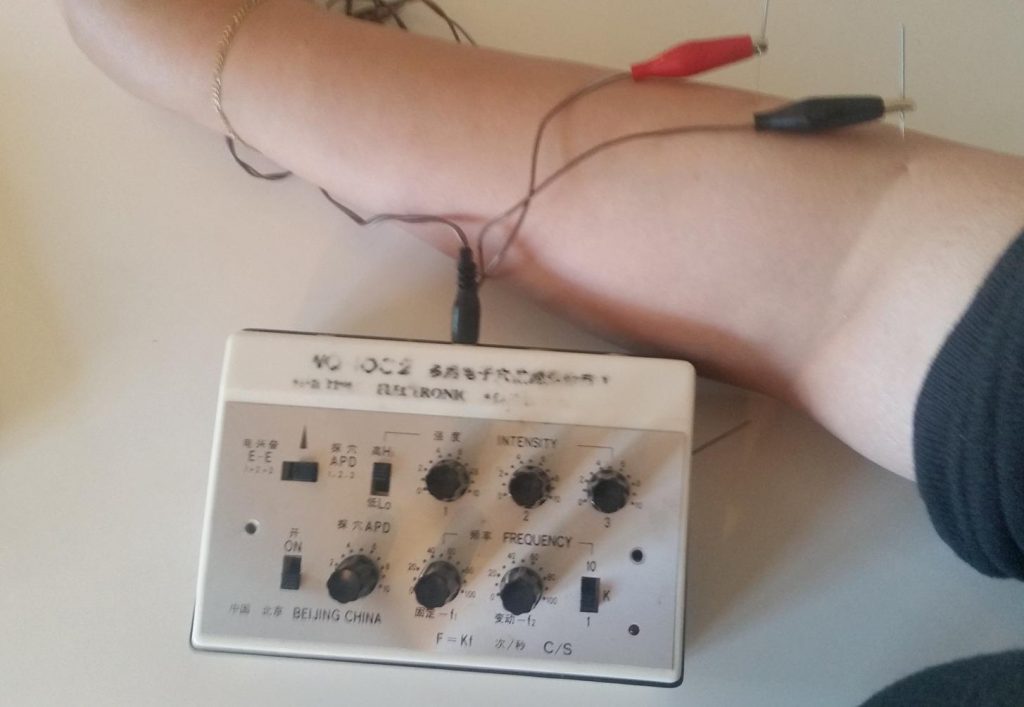 Researchers measured blood sugar levels in 21 women with and without polycystic ovarian syndrome (PCOS) during and after 45min of EA compared to the same number in a control group. PCOS is a common hormonal disorder, but also associated with an increased risk of Type 2 diabetes. The results showed improvement in both groups of women, suggesting a potential benefit for women with PCOS. In a second experiment they also investigated its effects in rats who received autonomic receptor blockers. They found EA caused muscle contractions which in turn activated the autonomic nervous system (responsible for blood sugar regulation), despite the receptor blockers. Previous studies have found that EA in rats1, 2  enhanced insulin sensitivity and lowered blood sugar levels.

EA is believed to be used as far back at the early 1800s, while others attribute it to Japanese scientists trying to improve bone fracture healing in 1940s or  pain control by the Chinese in the 1958.  As with traditional acupuncture in EA needles are inserted in the same way on specific points. Two needles are selected which are then attached to a pair of clips connected to a device that generates continuous electric pulses. The frequency and intensity of the pulses are adjusted according to the condition being treated. In this way several pairs of needles can be simultaneously stimulated for duration up to 30 min. People usually experience a light tingling sensation due to the electrical current.

Advantages of using EA are;

EA is considered to be particularly useful in conditions where there is stagnation or accumulation of Qi. In Chinese medicine Qi is a life energy that flows throughout the body and essential for good health.  Persistent chronic pain is associated with Qi accumulation and the effectiveness of EA has been reported to be particularly useful. This is supported by research evidence that electrical stimulation of acupuncture points activates the release of endorphins, thus lowering blood pressure and heart rate.

Research on EA in stroke has shown positive effects in cognition and quality of life.  When compared to manual acupuncture, EA is more effective in relieving spasticity in stroke. Other conditions that may benefit include; neurological conditions, fibromyalgia, nausea caused by cancer drugs and post operative pain control.

Treatment with (EA) should be avoided in those with a pacemakers as it may disrupt the electrical impulses. For similar reasons, it should not be used over the heart. Careful assessment should be carried out before treating people with a history of seizures and epilepsy.