If you are experiencing abnormal tiredness and general weakness which does not seem to remedy with added rest; you become breathless and/or dizzy; People say you look unusually pale; there may be palpitations, headaches, brittle nails, poor appetite, swollen feet and leg pains. Then you may be Anaemic. 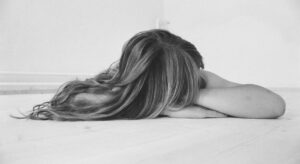 Anaemia is most common (but not exclusive) in adolescent girls, women in their reproductive years and pregnant women. Toddlers on milk-based diets are also at risk.  Anaemia is diagnosed when red blood cell levels fall below normal. Red blood cells contain haemoglobin responsible for carrying oxygen to the tissues. As a result of anaemia the amount of oxygen supplied to the tissues is reduced. The most common type of anaemia is Iron deficiency. Iron is needed for the production of red blood cells. The main causes of iron deficiency anaemia are;

Iron deficiency anaemia can be corrected by introducing plentiful of iron rich foods. These include;

As a general rule always take multivitamins alongside any iron supplements that may have been prescribed to you. This will enable the various chemical processes that take place when iron is being absorbed. This can further be enhanced by taking probiotics, which will be of particular benefit if there are any digestive symptoms. Drinking plentiful of fluids and water is also a must. Other things to consider include;